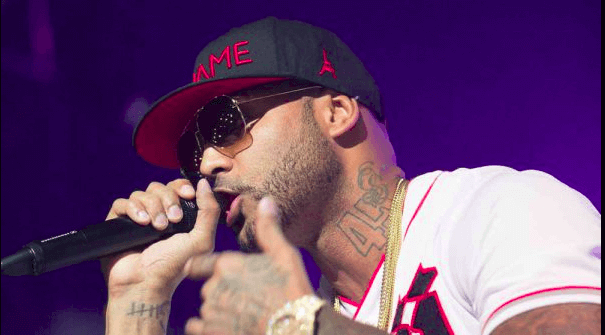 AI text generation made easy for anyone

“AI is so dangerous!”, “Robots will soon conquer the world!”, “Have you heard about GPT-2? Too dangerous for the public.”

Warning: Today I’d like to shock you to the core with the latest AI weapon and send shivers down your spine by, wait for it, generating RAP Lyrics!

We debuted this AI last week at Github Satellite in a Rap Battle for the history books, putting the rap lyrics generator Ponybot against a real human rapper. In case you missed it, you can watch the rap battle here: https://blog.ponicode.com/2020/05/11/watch-the-ponicode-ai-rap-battle-at-github-satellite-2020/

AI may be a cause for optimism but also for concern as people develop new use cases. As you may have heard, a “dangerous” AI weapon of propaganda, “able to generate fake news” was released by Open AI in February. This AI is able to generate highly realistic texts (papers, music, books, …). Its name is GPT-2.

Some are afraid of it. Others feel like they have a superpower when it’s in their hands.

In this tutorial, I’d like you to play superman with me and use GPT-2 to rap like my favorite French rapper: Booba.

Spoiler alert in case you were wondering: Larry, the amazing human who went up against the Ponybot, won the rap battle at Github Satellite, but we are totally on-board with that. After all, here at Ponicode we believe that the best AI will unleash the creativity and human ingenuity of developers.

In this article I’ll guide you step by step to train your first GPT-2 machine gun on Google Colab. I’ll write another article to show you how to train on an AWS EC2 and backup the model on S3.

Copy the text, save it into a file and name it Shakespeare.txt Credit goes to https://github.com/karpathy/char-rnn for Shakespeare data.

Since I have a lot of Booba’s albums, I managed to put his lyrics into a Booba_lyrics.txt file that I will not share for obvious legal reasons.

You can find lyrics of singers and rappers in these websites: genius.com, greatsong.net

I prefer the second one, it's easier to “read”.

2. How to collect the data?

You can use websites APIs and use well known Python libraries like requests, BeautifulSoup and so on.

French rap, as in any language, is not the easiest kind of text. Take these sentences for example:

The way French rap songs are structured compared to the pretraining of GPT-2 adds complexity:

There are fewer rules on rap grammar than natural language grammar. These subtleties will reduce the quality of the predictions.

Save the data into a .txt file. My data looks like this

Divided by syllables. The two screenshots are not from the same song but each song follows this logic. I had to cut each part because of swearwords:

Not divided by syllables (better performance). The two screenshots are not from the same song but each song follow this logic. I had to cut each part because of the rude words:

You don’t have to be an expert data scientist for this part. Anyone can do it. Just follow the tutorial step by step.

I have broken it down into many very simple points so anyone can do it. Each point takes a few seconds. The whole thing takes less than 5 minutes excluding training time.

6- You are on your first collab notebook. Click on No thanks in the blue window.

7- You can rename your notebook at the top left. I renamed it rap-like-booba.ipynb

Click on the first rectangular cell and paste the lines

14- Click on shift and enter simultaneously. Congratulations, you have imported the library to train the model

Copy the text and save and name it Shakespeare.txt

Choose your file Booba_lyrics.txt or Shakespeare.txt and upload it

20- In the second rectangular cell, paste these lines and press shift and enter:

21- Your models are now downloaded, you have to train them with your data now!

On the third rectangular cell, copy and paste these lines:

If you have Shakespeare’s data:

If you have Booba’s data:

22- Click on shift and enter. Your model is training now! Soon it will be able to rap!

My file has about 230K words and the model takes 2 hours to train. If you want to cut it to 1 hour, just change this line

The quality of the prediction will be much lower though if you do that.

During training, your model will rap every 200 steps.

At the beginning, the quality of the prediction is very low because your AI is still learning (rude words are crossed out for the sake of professionalism):

In the end, the predictions are far better. Here are some raps while still learning:

Sometimes, it raps exactly the same as Booba: That’s overfitting

23- Learning is done, now you can make your BoobaBot rap!

Congratulations, you have created your first Booba-AI!

Look at the class punchline completely created by the Booba-AI:

Thanks for following the tutorial! Now that you’ve mastered rap song generation, keep in mind that great power comes with great responsibility. Try your best not to hurt anyone.

@Booba thank you for helping me with this tutorial. You can contact me at edmond@ponicode.com if you want me to generate lyrics for you. Izi.

Discover our selection papers that we think are the most impactful in our field and who consequently will shape the software industry for the coming year(s).